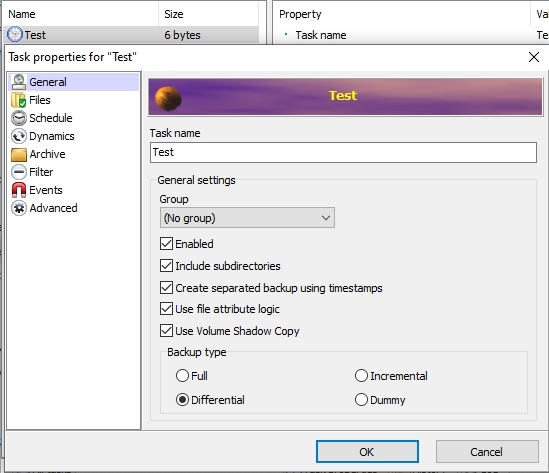 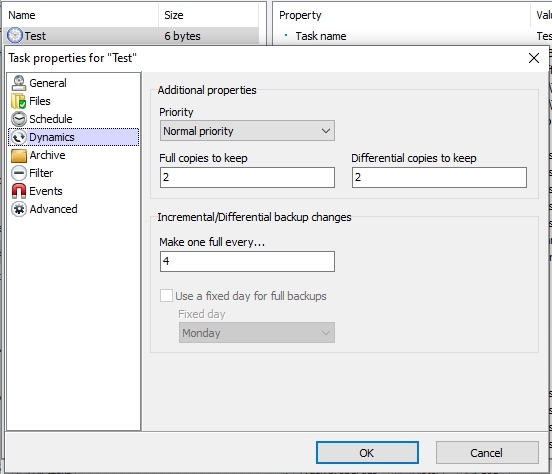 When performing this task, I get only two Differential Backup, but I can't get the FULL one! I attach the log. Tell me where the error is, or such logic?But this is wrong.

You are keeping only 2 differential backups. This means that the total number of backups will never be bigger than 3 (2 differentials plus one full). You will never get up to 4 unparked backups to trigger another full backup. Change the Make one full to 3 instead. Or Number of differential to keep up to 3.
--
Luis Cobian
Cobian Backup's creator
Top

Good day!
Dear Luis!
I assumed and still assume the following algorithm.
We shouldn't substitute two concepts:
1. Make one full every
2. Differential copies to keep
Will explain.
The option that you propose is absolutely normal. But the question. Why then field Differential copies to keep? If we set the value 6 in the Make one full every field, then it is clear that all copies between full copies will be stored. 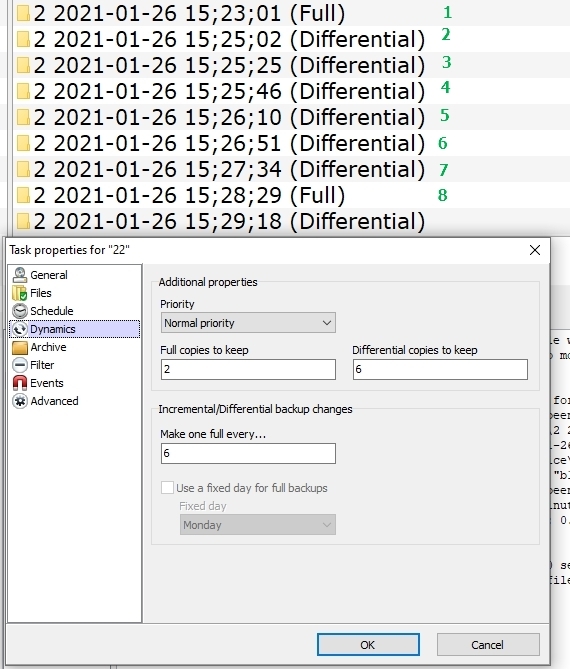 And I'm talking about STORAGE! To restore information, we need to have the last full backup and the last differential backup. So we will store the last 2 differential backups. And make full copies after the specified number in the Make one full every field. I tried to explain in the pictures. 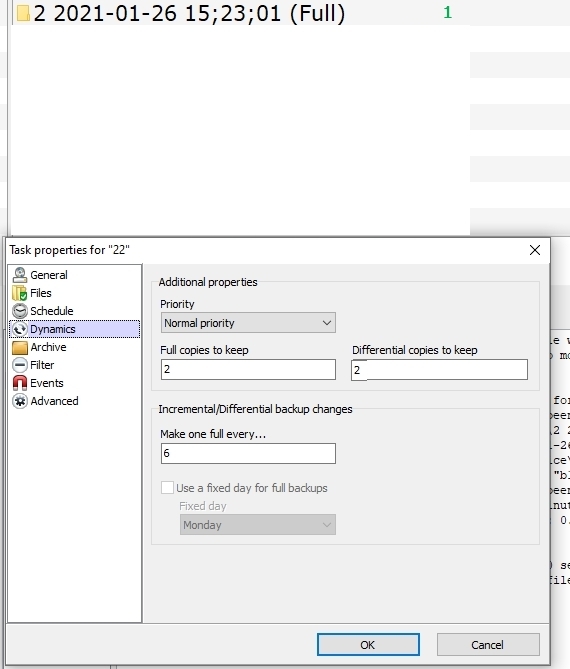 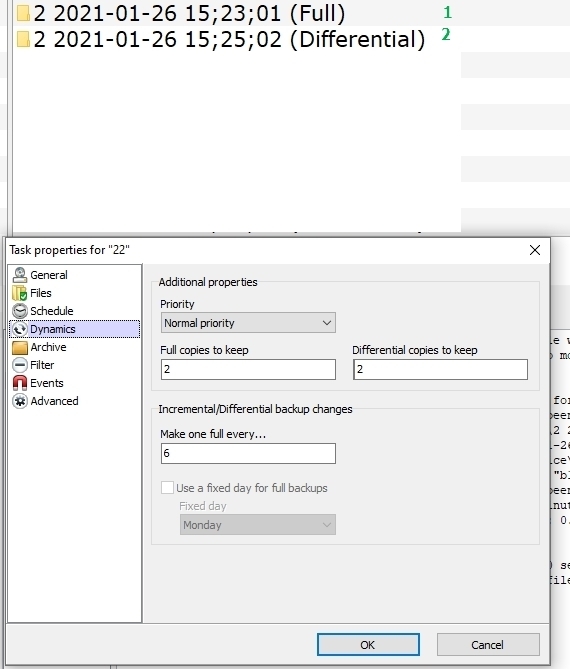 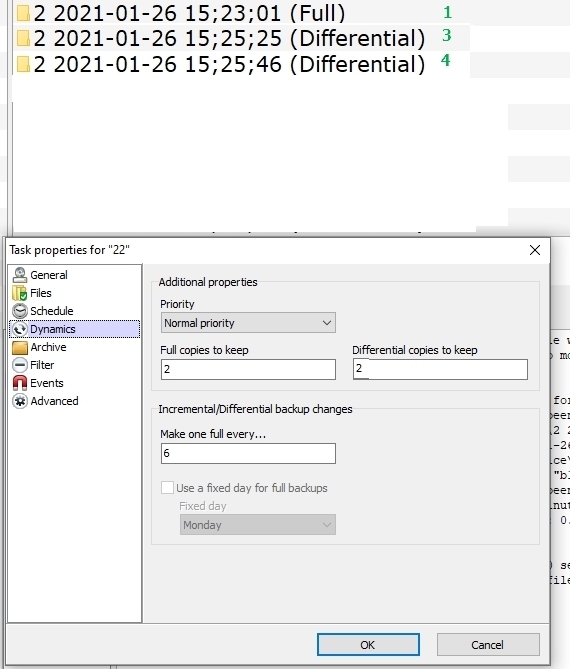 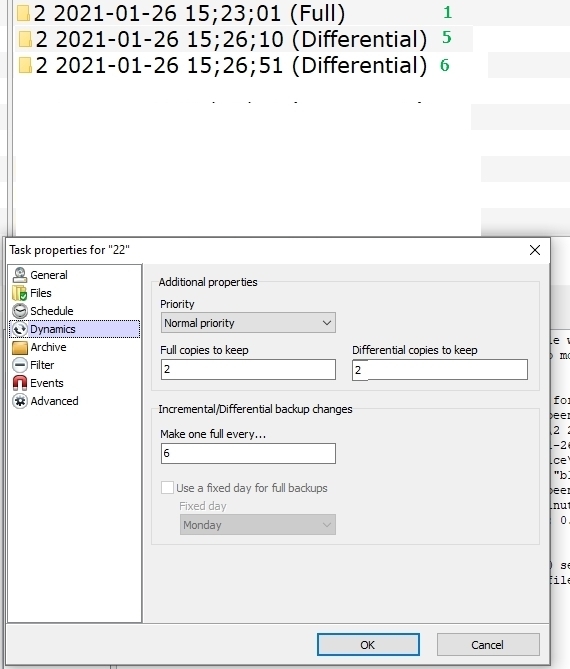 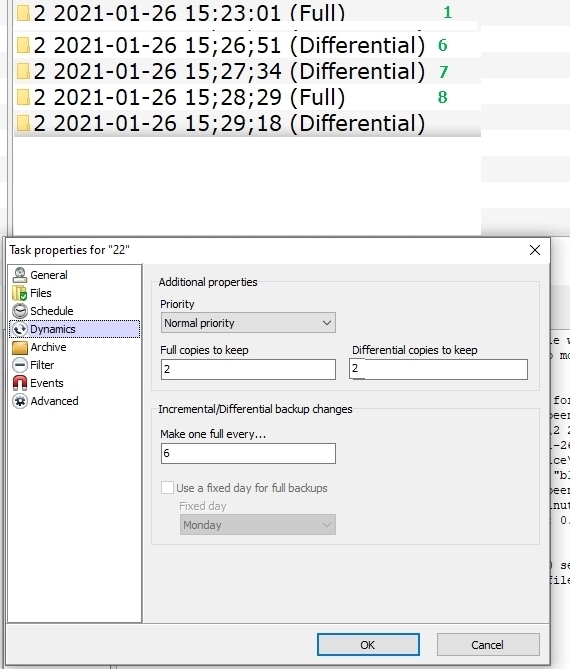